Have you noticed that sometimes a trade would hit target 1 in the dashboard but it did not sell any of your coins? This is due to the trade latency, specifically something traders call a Slippage.

What is a Slippage?

By definition, Slippage refers to the difference between the expected price of a trade and the price at which the trade is executed.

When and why does it happen?

Slippage can occur at any time but is most prevalent during periods of higher volatility when market orders are used. It can also occur when a large order is executed but there isn't enough volume at the chosen price to maintain the current bid/ask spread.

Lets have an example on the 1 minute chart (LTOUSDT): 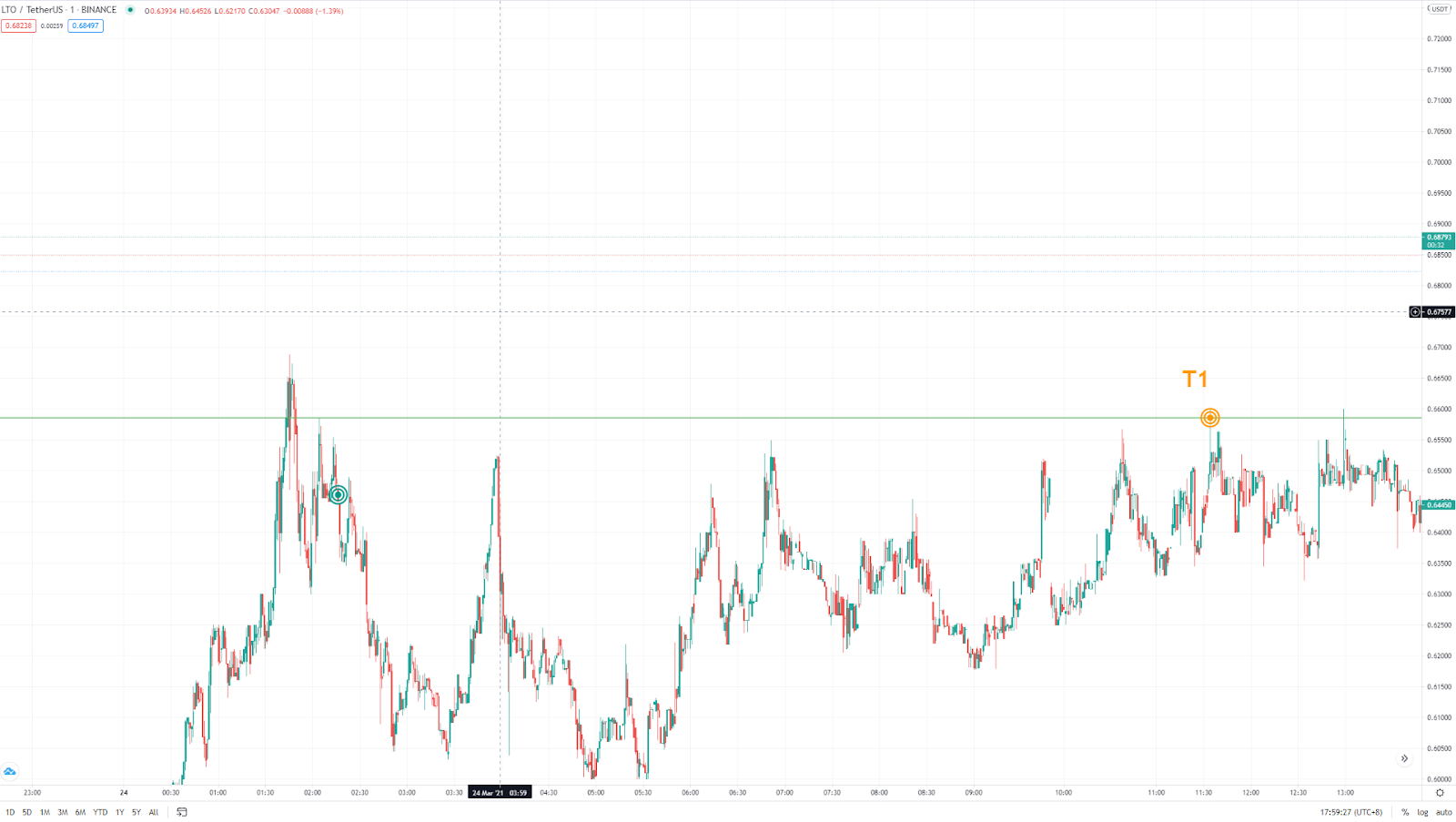 You can see that the price hit target 1 but it was on a wick that lasted only for a few seconds.

During the initial instance where the price hit the target, the price stayed at that level for a very short moment before going back down which resulted in many sell orders not triggering (yours included).

This rarely happens and usually happens only for coins which have thinner order books.

The system is usually accurate within a few seconds. Sometimes, crazy price action like this can occur but all platforms will have an issue with such speed/latency.

There are two ways you can adjust to these kinds of scenarios:

The trade latency can work to your advantage

Sometimes a slippage can work to your advantage. Consider this trade made by one of our members. 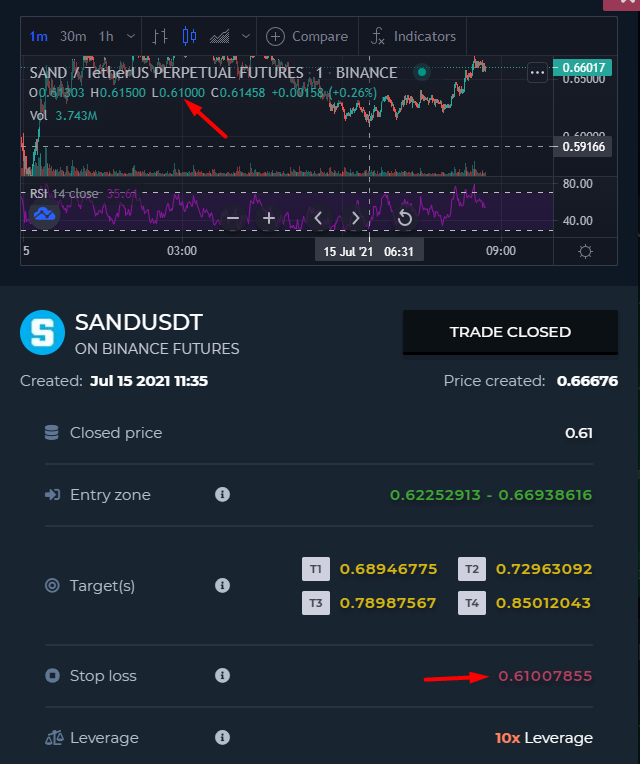 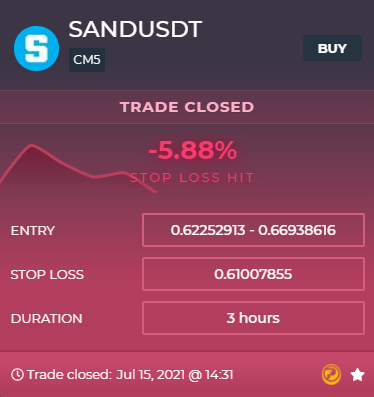 The stop loss for this SANDUSDT trade was hit and the system closed the trade as a losing trade. However due to a slippage (where the stop loss was only touched for a second) the member was not stopped out.

The trade then bounced and went on to increase 10% from the stop loss, allowing the member to exit the trade with a gain instead of a loss.

More details on slippage can be found in this article.

S
Support is the author of this solution article.

Did you find it helpful? Yes No

Send feedback
Sorry we couldn't be helpful. Help us improve this article with your feedback.